As we draw near to the end of the year, it’s been a bumper year for African creatives who have indeed proved that telling African stories on the global stage is truly within our reach.
This has been witnessed through the number of series and movies currently streaming on international streaming giants like Netflix, Amazon and even Showmax just to mention but a few. Kenyan and African films have also earned immense global recognition to an extent that our films are now streaming in cinemas with producers and directors competing in international competitions like The Oscars.
Looking for something to binge-watch on Showmax this Halloween? Check new releases currently streaming on Showmax.
A Quiet Place I and II; Malignant; Last Night In Soho; Scream (2022); The Conjuring 1-3; Hereditary & more 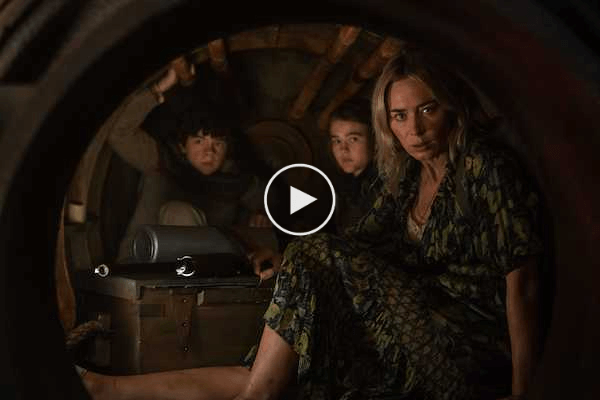 A QUIET PLACE I AND II | Best Horror Movie, 2022 Critics Choice Super Awards
Those who have survived live by one rule: never make a sound.
Emily Blunt and John Krasinki star in A Quiet Place I and II as parents in a post-apocalyptic world, where their family is forced to live in silence while hiding from monsters with ultra-sensitive hearing.
A Quiet Place is the 10th best-reviewed horror film of all time on Rotten Tomatoes, with a 96% critics’ rating. The 2018 horror classic won a Critics Choice Award for Best Sci-Fi/Horror, was nominated for an Oscar for its spooky sound design, and won Blunt a Screen Actor’s Guild Award, among many, many other accolades.
The 15th biggest box office hit of 2021 globally, A Quiet Place Part II forces the Abbott family to venture into the unknown outside world, where the creatures that hunt by sound are not the only threats lurking beyond the sand path.
Part II was named Best Horror Movie at the 2022 Critics Choice Super Awards, where Cillian Murphy (Peaky Blinders) and Millicent Simmonds were nominated as Best Actor and Actress in the category. With a 91% critics’ rating, the film won Rotten Tomatoes’ Golden Tomato for the Best Horror Movie of 2021. As the critics’ consensus says, “A nerve-wracking continuation of its predecessor, A Quiet Place Part II expands the terrifying world of the franchise without losing track of its heart.” 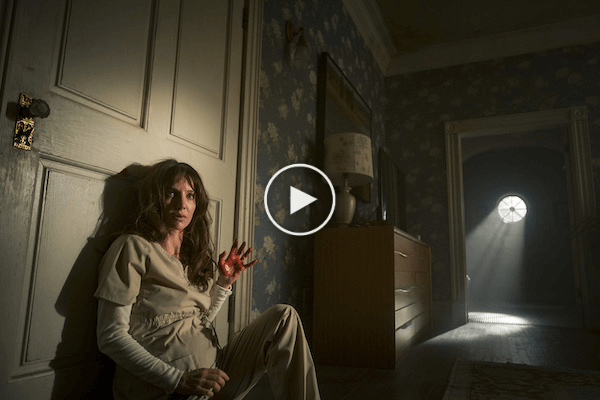 MALIGNANT | Best Horror Movie nominee, 2022 Critics Choice Super Awards
In Malignant, Madison (Annabelle Wallis from Peaky Blinders) is paralyzed by shocking visions of grisly murders – which she soon realizes are real murders happening as she watches.
Malignant was up for Best Horror Movie at the 2022 Critics Choice Super Awards, as well as Best Villain for Marina Mazepa and Ray Chase as Gabriel. It’s directed by James Wan (Saw, The Conjuring, Furious 7) – hailed as “the most important horror director of the last 20 years” by Bloody Disgusting and as one of the “most influential horror directors of the 21st Century” by Collider.
Decider hails Malignant as “James Wan’s most deranged and visionary horror flick yet… horrifying, gross, demented and funny as hell.” 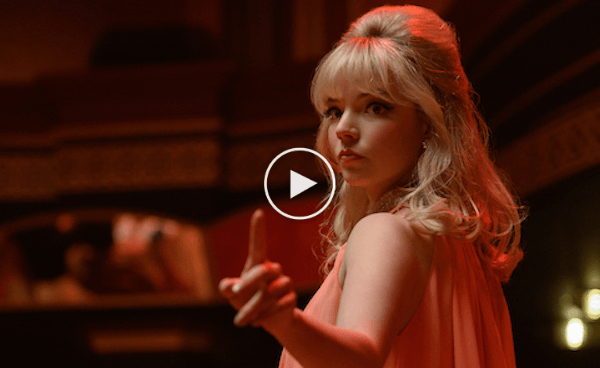 LAST NIGHT IN SOHO | Best Horror Movie nominee, 2022 Critics Choice Super Awards
An aspiring fashion designer (BAFTA nominee Thomasin McKenzie from Jojo Rabbit) is mysteriously able to enter the swinging Sixties, where she encounters a dazzling wannabe singer (Emmy nominee Anya Taylor-Joy from The Queen’s Gambit). But the glamour is not all it appears to be and the dreams of the past start to crack and splinter into something darker.
Last Night in Soho was nominated for Best Horror Movie at this year’s Critics Choice Super Awards, where both McKenzie and Taylor-Joy were up for Best Actress in a Horror Movie. The horror was also nominated for Outstanding British Film at the 2022 BAFTAs while Edgar Wright (Shaun of the Dead) won Best Director at the 2022 Fangoria Chainsaw Awards.
The cast includes Emmy nominee Matt Smith (House of the Dragon), BAFTA winner Rita Tushingham (The Responder), and Oscar nominee Terence Stamp (The Adventures of Priscilla, Queen of the Desert). Last Night in Soho also marks the final cinematic appearances of late Emmy winner Dame Diana Rigg (Game of Thrones’ Olenna Tyrell) and Margaret Nolan (Goldfinger).
The Wrap calls this “Wright’s best film since Shaun of the Dead… One of the best London movies of the new decade.” 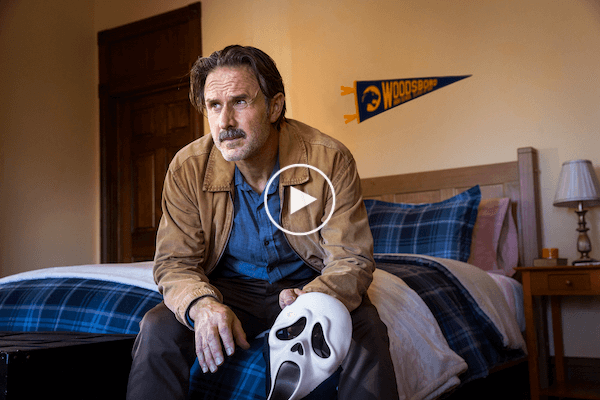 SCREAM (2022) | 23rd biggest box office hit of 2022 globally
The #23 biggest box office hit globally of 2022 so far, Scream reboots Wes Craven’s satirical slasher franchise. Twenty-five years after a streak of brutal murders shocked the quiet town of Woodsboro, California, a new killer dons the Ghostface mask and begins targeting a group of teenagers to resurrect secrets from the town’s deadly past.
A direct sequel to 2011’s Scream 4, the horror sees Emmy nominee Courteney Cox (Friends’ Monica), Teen Choice Award winner David Arquette, and MTV Movie Award winner Neve Campbell reprising their roles from the earlier films. Of the fresh faces, Jenna Ortega (You) won Most Frightened Performance at the 2022 MTV Movie + TV Awards, where the film was nominated for Best Movie. Also, look out for Jack Quaid (The Boys), Jasmin Savoy Brown (Yellowjackets), Melissa Barrera (In the Heights, Vida), and Dylan Minnette (13 Reasons Why).
Empire Magazine calls the film “a ‘re-quel’ as fast, funny and ferocious as a Scream movie should be.” 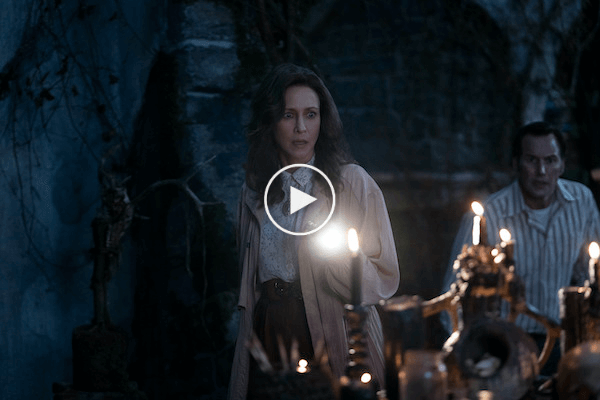 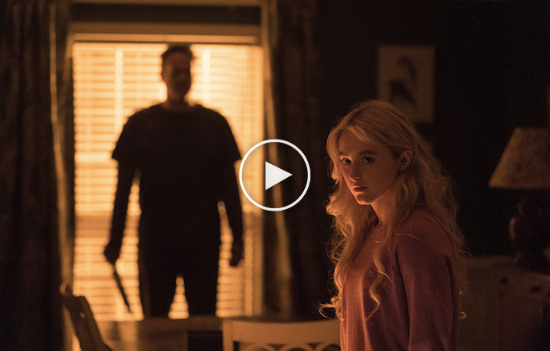 FREAKY | Best Actor in A Horror Movie, 2021 Critics Choice Super Awards
When less-than-popular teenager Millie unintentionally switches bodies with the middle-aged serial killer terrorizing her town, Millie and her friends have less than 24 hours to stop Murder Barbie before the change becomes permanent…
Vince Vaughn (Wedding Crashers) won Best Actor in a Horror Movie at the 2021 Critics Choice Super Awards, where Freaky was also up for Best Horror Movie and Kathryn Newton (Big Little Lies) was nominated for both Best Actress in a Horror Movie and Best Villain. Freaky’s cast also includes Alan Ruck (Succession).
Produced by triple-Oscar nominee Jason Blum (Get Out, BlacKkKlansman) and directed by Christopher Landon (who wrote four of the Paranormal Activity films), Freaky has an 83% critics’ rating on Rotten Tomatoes. As AV Club says, there’s “something oddly satisfying about unmasking a slasher movie to reveal the ’80s comedy lurking underneath.”

THE BOY BEHIND THE DOOR | Third best-reviewed horror of 2021
MTV Movie Award winner Lonnie Chavis (This Is Us) and Ezra Dewey (Criminal Minds) star in The Boy Behind the Door, which sees two boys kidnapped and taken to a labyrinthine house in the middle of nowhere, where their only chance at survival is sticking together.
The Boy Behind the Door has a 97% critics’ rating on Rotten Tomatoes, where it was the third best-reviewed horror movie of 2021. As the critics’ consensus there says, “A tense, terrifying, and all-around outstanding feature debut for its co-directing duo, The Boy Behind the Door should thrill discerning horror fans.”
The Boy Behind The Door was nominated as Best Streaming Premiere movie at the Fangoria Awards in 2021, among other accolades. 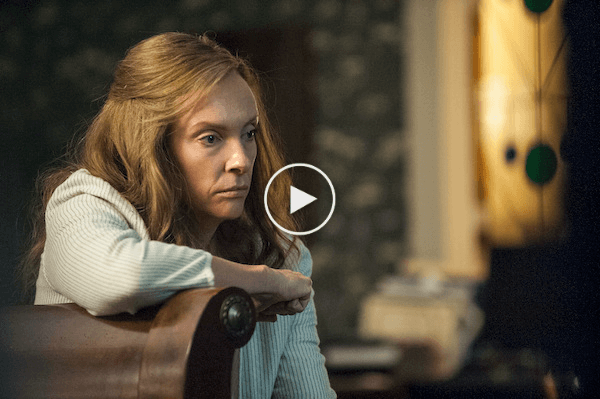 HEREDITARY |#18, Rotten Tomatoes’ Best Horror Movies of All Time
After the family matriarch passes away, her grieving family is left to unravel the dark secrets they have inherited.
The feature film debut of writer-director Ari Aster (Midsommar), Hereditary has a 90% critics’ rating on Rotten Tomatoes, where it’s rated the 18th best horror movie of all time. “Hereditary uses its classic setup as the framework for a harrowing, uncommonly unsettling horror film whose cold touch lingers long beyond the closing credits,” says the Rotten Tomatoes critics’ consensus.
Toni Colette (The Staircase, Knives Out) was nominated as Best Actress at the 2019 Critics Choice Awards, where Hereditary was up for Best Sci-Fi/Horror Movie. Hereditary also won Best Wide-Release Film at Fangoria and Best Horror Movie at the Fright Meter Awards, plus more than 45 other awards. 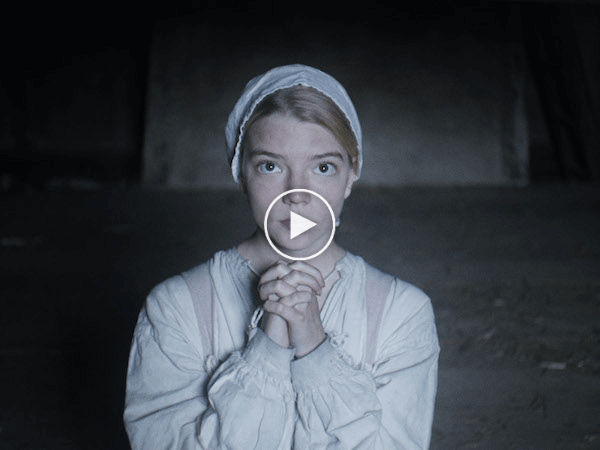 THE WITCH |#31, Rotten Tomatoes’ Best Horror Movies of All Time
The Witch, starring Emmy nominee Anya Taylor-Joy (The Queen’s Gambit), won over 40 international awards, including the Directing Award at Sundance.
New England, 1630: William and Katherine try to lead a devout Christian life, homesteading on the edge of the wilderness, with five children. When their newborn son mysteriously vanishes and their crops fail, the family begins to turn on one another.
The Witch holds a 90% critics’ rating on Rotten Tomatoes, where it’s the 27th highest-rated horror film of all time. As the critics’ consensus there says, “As thought-provoking as it is visually compelling, The Witch delivers a deeply unsettling exercise in slow-building horror that suggests great things for debuting writer-director Robert Eggers.”
Eggers went on to direct the horror classic The Lighthouse and this year’s The Northman. 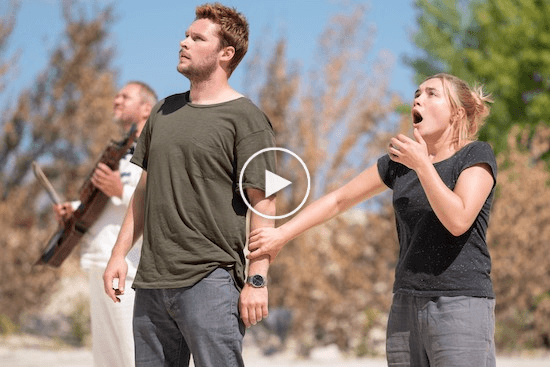 MIDSOMMAR | #50, Rotten Tomatoes’ Best Horror Movies of All Time
In Midsommar, a troubled couple travels to Scandinavia to visit a rural town’s fabled Swedish midsummer festival. But what begins as an idyllic retreat quickly devolves into an increasingly violent and bizarre competition at the hands of a pagan cult.
Oscar nominee Florence Pugh (Little Women, Black Widow) stars alongside the likes of Sundance Special Jury Prize winner Jack Reynor (Strange Angel) and Emmy nominee William Jackson Harper (Love Life).
Written and directed by Ari Aster (Hereditary), Midsommar won five 2020 Fangoria Chainsaw Awards, including Best Wide-Release Film, and 21 other accolades around the world. “If you’re looking for the scariest movie ever shot in blinding sunlight, the raw and riveting Midsommar is it,” says Rolling Stone. 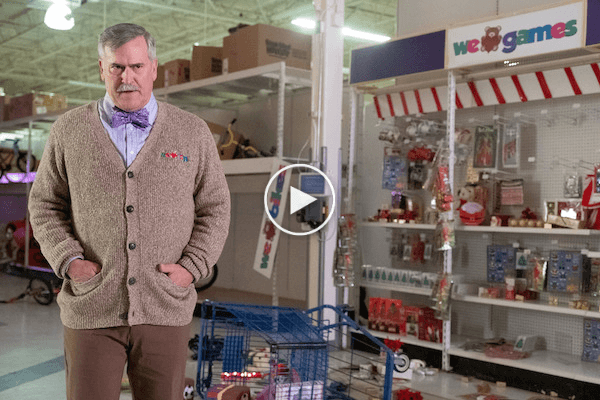 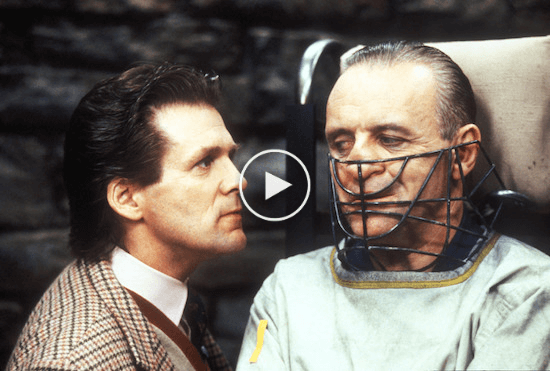 SILENCE OF THE LAMBS | Best Film Oscar, 1992
The Silence of the Lambs follows rookie FBI agent Clarice Starling (Jodie Foster) as she is forced to seek out the help of manipulative cannibal Dr. Hannibal Lecter (Anthony Hopkins) in order to track down a sadistic new serial killer.
The classic horror was the fourth-biggest box office hit of 1991 and won five Oscars: Best Picture, Actor (Hopkins), Actress (Foster), Director (Jonathan Demme), and Adapted Screenplay (Ted Tally’s adaptation of Thomas Harris’ best-selling novel).
The Silence of the Lambs has an 8.6/10 score on IMDb, where it’s the 22nd highest-rated film of all time, and a 96% critics’ rating on Rotten Tomatoes, where it’s ranked the 25th Best Horror Movie Of All Time.
Rolling Stone called it “mercilessly scary and mercifully humane at the same time,” and Boston Globe “stylish, intelligent, audacious… and stolen by a suave monster you’ll never forget.”

Showmax Takes Crime and Justice To Nigeria; To Debut In December

Brian is a multimedia journalist and social media manager with demonstrated work both in digital and print media.
I am an entertainment enthusiast with a natural freak for telling trending conversations in entertainment and lifestyle from an African perspective. For this and many more, feel free to share your thoughts, tips or even a chat at janynbrian@gmail.com. Grazie!!